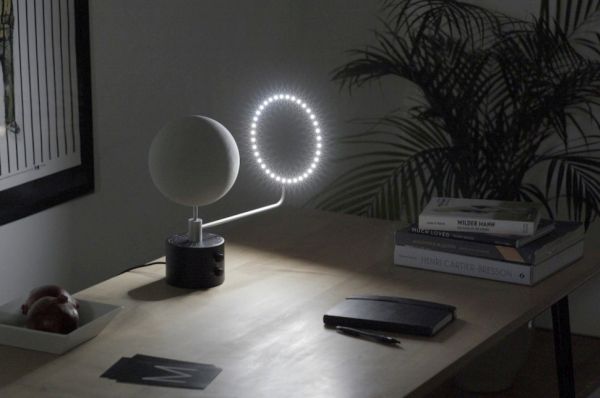 When high class craftsmanship, mechanical and electronic engineering and NASA’s Lunar Reconnaissance Orbiter data come together, it results in the most accurate topographic representation of the lunar globe. This ongoing project is designed and innovated by Oscar Lhermitte with Kudu. Bringing the lunar globe a new face, where its not only topographically most accurate but also in 3D, Moon has been showcased on Kickstarter.

All the craters and elevations that you have been staring at in the 2D pictures of the moon, now come to 3D with the amazing craftsmanship in molding clay. All the craters are 100-percent topographically accurate as all the information has been collected from the NASA’s lunar Reconnaissance Orbiter topographic data. 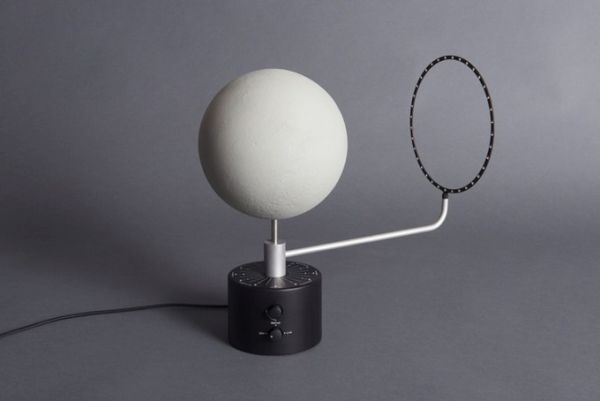 A LED ring has been fabricated in the prototype to revolve around the crafted Moon, which revolves according to the lunar phases and depicts the illuminated face of the moon. It does not get any better than this for all the science and art geeks, as these two pleasantly collide in the Moon.

Bring the moon to your room

The LED light that revolves and illuminates the correct face of the moon as seen from Earth during the lunar cycle. The lights also play with the serene beauty of this design. Therefore, lights bring to life every crater and elevation making the 3D model appear even more eye pleasing.

Moon has three working modes, Manual, Demo and Live. In the manual mode the user rotates the sun light himself and sets the lunar phase by his own choice. The demo mode showcases the complete synodic month in less than a minute. The live mode works with the real time motion of the globe and completes its lunar month in 29 days, 12 hours, 44 minutes and 2.80 seconds, keeping you in sync with the lunar phases as observed from Earth at that moment.